With the strong belief of Creative Handicrafts that the only way forward for the next generation to get out of the spirals of poverty and social exclusion is through the education of the children of artisans. With a purpose to eradicate poverty and support the education of children of artisans working with Creative handicrafts, they… END_OF_DOCUMENT_TOKEN_TO_BE_REPLACED

The Fair Trade Day is not only for fair traders. It is for everyone who believes in positive change through Fair Trade. We celebrate the World Fair Trade Day with all ‘Agents For Change’. Message from Rudi Dalvai, President, WFTO  “The concept of Fair Trade and its principles create an enabling environment especially for those… END_OF_DOCUMENT_TOKEN_TO_BE_REPLACED

From women’s suffrage to equal parenting and representation in politics, International Women’s Day (IWD) has celebrated the social, cultural, economic and political achievements of women for more than 100 years.

Giving a break to all the artisans of Creative Handicrafts organized a special screening of the film Gulabi Gang, on the occasion of International Women’s Day at the Holy Spirit Hospital Auditorium from 03:00 PM to 05:00 PM.

The film has got the National Film Awards for the Best Film on Social Issues to Director Nishtha Jain and Producers Pirya Film, Raintree films, Final CUT for Real.

Our member based in Delhi, MESH, organized Women’s Day posters and signature campaign at the MESH shop Delhi in Uday Park. 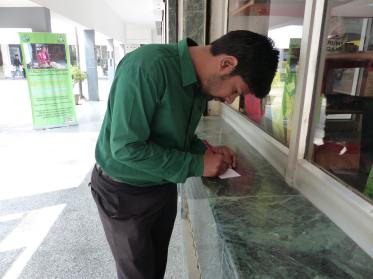 On the day, Sasha, Kolkata celebrated, reflection, advocacy and action, both locally and at a global level with, with a film screening, poetry recitation and a sumptuous brunch with the women of Sasha at Sasha Shop.

Member based in Rajasthan, SETU-The Bridge to The Artisans, distributed Solar Lanterns to the Women artisans of their Embroidery and Applique Group based at Barmer. 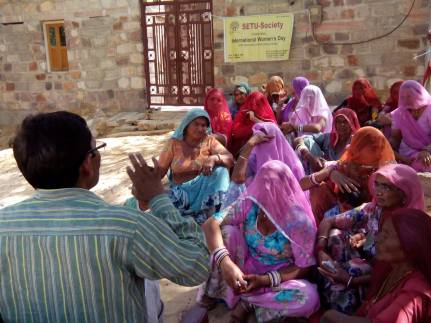 Adding more brightness and happiness to the Diwali festival, Creative Handicrafts opened its new shop on 02nd November, 2015. Creative Handicraft, a member of WFTO and FTF-I, a well known name for its beautiful fashion products has come up with one more store at Heera Panna Shopping Center, in Powai, Mumbai. 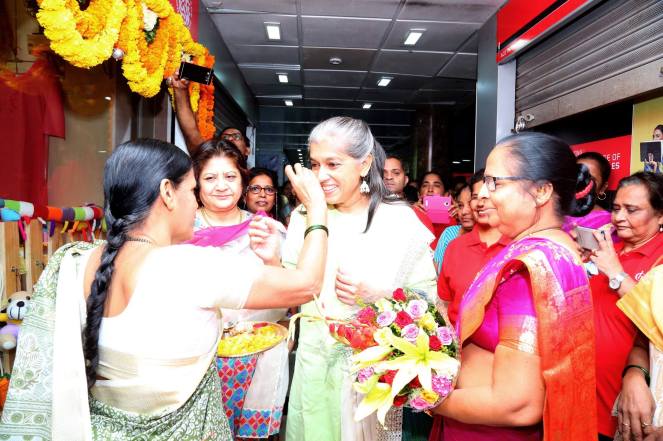 The grand opening ceremony of the store was done by Indian Bollywood actress Mrs Ratna Pathak. Creative’s beautiful fashion products attract a lot of Fair Trade buyers. It is a name well known for its clothing, hand bags, toys, bedspreads etc. The new store will have a collection of Ethnic wear, western wear, accessories, bags, toys, scarf etc. On the occasion of opening ceremony Creative facilitated its customers with a ten percent discount, who visited on 02nd November. They happily shared the information of the first customer at the shop, Mrs Ratna Pathak. She purchased few very attractive products and became the first customer of the shop.

Visit the store to get the best of the products.